My mom was green before it was cool. She and my dad have all kinds of little hacks and upcycles around their house that I’m amazed by. Those are for a future post, but for now let me tell you about their rain barrel for watering plants.

My parents live in an house from like 1880 out in the country. They’re not connected to a sewer system, they have a septic tank. They do a lot of laundry and they don’t like filling the septic system up with soapy water, they only like filling it up with… well, nevermind.

OK, so it’s not so much a rain barrel as it is a used laundry water barrel.

So sometime along the way they hooked up the drain pipe from their washing machine to some PVC piping that they ran out of the back room and into a 55-gallon drum. I don’t know where they got a 55-gallon drum, but they’re handy I tell ya. Homemade plumbing form the washer drain pipe to the barrel.

So my dad has a Flotec submersible sump pump

that he uses to pump out the basement sometimes (I don’t think there is an extraordinary weeping tile system around their house. Mike Holmes would NOT be happy). So you do what you do with a submersible pump. You hook a hose up to it, you drop it to the bottom of the barrel, and you plug it in. Drop in the pump and plug it in and staaaaart pumping.

You’re spraying used laundry water on your plants. This pump is only 1/6 HP and it empties the 55-gallon barrel in about 10-15 minutes. I haven’t timed it, but it’s good for a nice bit of watering. And it smells laundry fresh too. You might be exclaiming, “WAIT, SOAPY WATER WILL KILL YOUR STUFF”. I believe technically it’s called “greywater”, and according to the years and years my folks have been using it they’ve never done any harm to their plants. Actually where it spills over the barrel is the most rich, lush grass you’ve ever seen. I don’t think they use it on vegetables or anything they’re going to eat. AND DO NOT save any bleach water, that WILL do damage.

I have no idea what effect this has on the mother earth, but if the water is going into a septic system or just out onto the lawn anyway, why not put it on some flowers. Save the honeybees, attract some butterflies. You know, Earth day. Hippies. Peace, love.

And 15 minutes later the barrel is being filled up again.

How DO they do so much laundry?

More plant drinks on the way.

OK, so your house probably spins your laundry water into a utility sink and down the drain BUT you can still capture the water from where??? Your ROOF, man. You can get a barrel, cut off one of your downspouts and run it right into a barrel. or you can get a fancy one at a big box store like Home Depot. Like this maybe.  They normally come with a downspout diverter that fills the barrel and when the rain barrel is full, the water is redirected back through downspout. They usually have a spigot that is most likely gravity fed, but I like the submersible pump route.

What do you think? 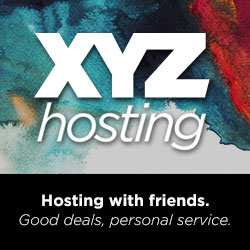